Assault & battery are actually two different crimes that don’t necessarily have to be charged together. If you willfully attempt to inflict harm on another person, you’ll be charged with assault, and if you succeed in inflicting that harm you will be charged with battery as well. If you have been arrested for and/or charged with either or both of these crimes, you’ll need the help of an experienced southern California assault & battery defense lawyer to defend yourself.

There are several specific crimes that fall under the umbrella of assault & battery. For example, assault with a deadly weapon is special type of assault, but contrary to the name it doesn’t necessarily have to involve the use of a weapon. It can apply to any assault using force likely to cause serious bodily harm. If an assault with a deadly weapon is successful, an aggravated battery has been committed. The victim of the battery can also change how the crime is prosecuted. For example, battery of an intimate partner can be considered domestic battery or domestic abuse, which is a very serious crime in California.

Consequences of an Assault & Battery Conviction 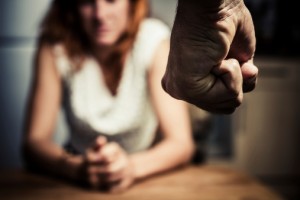 If you are convicted of assault & battery, you could face penalties that may include probation, community service, fines, and time in county jail or state prison. Generally, cases of simple assault or battery with very minor injuries will result in no more than 6 months in county jail, while more serious convictions for assault with a deadly weapon or aggravated battery can result in several years in state prison. If sexual assault is involved, you may also have to register on an offender list.

When it comes to defending against assault & battery charges, a Southern California criminal defense attorney often takes the approach of arguing that the alleged injuries or attempted injuries were done in self defense, in defense of another party, or accidentally. In the case of an assault charge on its own, an attorney can argue that you lacked the intent and/or the physical ability to really follow through on your threat of harm. An assault & battery defense attorney can also try to reduce the charges in a felony case by arguing that the injuries inflicted were not actually very serious.

Get a Free Consultation Now

If you would like to learn more about the options you may have for resolving your assault & battery case in the most favorable way possible, please contact The Law Offices of Torrence L. Howell now. We’ll be happy to schedule a free initial consultation at a time that works for you.