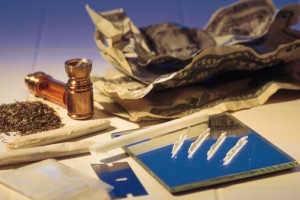 You might think that certain drug crimes, like possession of an ounce or less of marijuana, are so minor that they’re not worth fighting in court. However, getting caught with even a tiny amount of marijuana can still result in a misdemeanor conviction on your record. There’s no reason to just accept black marks on your record without a fight! As your southern California drug charges defense lawyer, Torrence L Howell can handle cases large and small and help you avoid ruining your good name over drug crimes.

Possession is probably one of the most common types of drug charges. Possession charges can cover marijuana, cocaine, crack, heroin, GHB, ketamine, meth, ecstasy, and even medications like Vicodin and Codeine if you don’t have a valid prescription for them. Possessing these drugs with the intent to sell, actually selling them, transporting them into California, or manufacturing them will result in drug charges as well. Possessing certain paraphernalia required to use illegal drugs, such as a crack pipe or a heroin needle, can also be charged as a drug crime, and using drugs while driving may result in a DUI charge.

Consequences of a Drug Charges Conviction

While the penalties for possession of one ounce or less of marijuana can’t exceed a fine of $100, possessing other controlled substances can be penalized with up to three years in prison. Often, completion of a Prop 36 or PC 1000 drug diversion program can be substituted for prison time in drug possession cases. The harshest penalties for drug crimes result from convictions for manufacturing drugs. Cooking meth or making hashish out of marijuana can be punished with up to seven years in state prison.

The strategy your criminal defense lawyer will use in your drug charges case will depend on the type of drug involved as well as the severity of the charges. Sometimes a misdemeanor marijuana possession case can be settled via informal diversion so that it doesn’t even have to go on your record. In cases where more serious charges are involved, a drug charges defense attorney will often focus on getting the evidence against you thrown out by investigating possible mistakes that may have occurred during your arrest. For example, if California search and seizure rules were violated, any drugs found on your person or property are not admissible in court.

Drug crimes may seem complicated, but an experienced Southern California criminal defense attorney like Torrence L Howell understands all the ins and outs of the law, and he can help you avail yourself of the protections of the law and build a solid defense case. It all starts with a free consultation—call now!