Have you been charged with a DUI? Call expert DUI defense attorney Torrence L Howell now 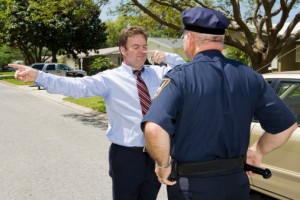 If you’ve been pulled over for driving erratically or for a routine traffic stop, a police officer may request you to perform field sobriety tests and/or take a breathalyzer test. If you take the breathalyzer test and the result shows you are over your legal limit, don’t just give up and assume you have to accept all the consequences of a DUI on your record. A southern California DUI defense lawyer like Torrence L Howell can help you fight DUI charges using a variety of legal arguments.

There are two types of DUI, or Driving Under the Influence, depending on whether your impaired driving ability results from being under the influence of drugs or alcohol. If you blow higher than .08% blood alcohol on a breathalyzer or test positive for drugs like marijuana or cocaine on a blood or urine test, you can be charged with a DUI.

Consequences of a DUI Conviction

A DUI can be prosecuted as a misdemeanor or a felony in the state of California, depending on whether or not you already have at least three prior DUI convictions and whether or not you caused an accident that injured or killed another person while driving under the influence of drugs or alcohol. Naturally felony DUI convictions, especially vehicular manslaughter convictions, will be punished more severely than misdemeanor DUI convictions. For your average DUI conviction, you may face probation, fines, and mandatory completion of a DUI course. Another important consequence of a DUI conviction is points on your license and a possible license suspension. Your license can actually be suspended within 10 days of your DUI charges, unless you and your criminal defense lawyer contact the DMV for a hearing and successfully challenge the suspension.

One of the most common strategies for DUI defense attorney to take is to attack the evidence that the prosecution is trying to use to prove your driving was impaired. Specifically, the breathalyzer and blood test results can be challenged. There are many reasons why these tests can give false positives, and your attorney can investigate the test administrator’s training and background, the equipment maintenance records, and any possible medications or health conditions you may have to see if these factors may have interfered with the test result. When it comes to drug DUIs, an attorney can also argue that the amount of drugs in your system were not sufficient to cause impairment. This is a possible defense because there is no set limit for the concentration of any substance other than alcohol in DUI cases.

If you’re facing DUI charges, it’s vital you choose a Southern California criminal defense attorney who won’t give up on you! Torrence L Howell will exhaust every avenue in his effort to build a successful defense case for you. It all starts with a free consultation—call now!