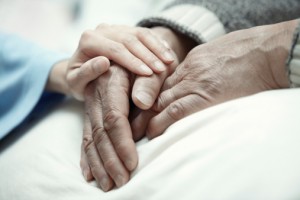 The California Penal Code defines elder abuse as the willful physical abuse, emotional abuse, neglect, endangerment, or financial exploitation of an individual over 65. Caretakers of the elderly—whether they be nursing home workers or family members—are often accused of elder abuse. Unfortunately, sometimes these accusations are unfounded. False accusations of elder abuse may arise due to the alleged victim’s foggy mental state, as well as from a desire to punish the caretaker. This is especially common in situations whether the senior and the caretaker are relatives and already have a complicated emotional relationship. If you have been accused of elder abuse, it is imperative that you secure the services of an expert southern California elder abuse defense lawyer to defend your rights and your reputation.

Consequences of an Elder Abuse Conviction

The consequences of an elder abuse conviction may include thousands of dollars in fines as well as time in county jail or state prison. The consequences in play will depend on whether the conviction is a misdemeanor or a felony, which in turn will depend on the severity of any injury resulting from the abuse, as well as the defendant’s prior criminal history. In general, elder abuse will be prosecuted as a felony in cases when the abusive or neglectful act was very likely to cause serious injury or death. Elder abuse involving financial exploitation often also includes incidents of forgery or fraud and may be subject to additional penalties for those crimes.

Often, the first step a criminal defense lawyer takes in an elder abuse case is to have an expert examine the evidence of the alleged victim’s injuries. If the injuries are more consistent with accident than with deliberate injury, the lawyer can then argue that no elder abuse occurred. Even if the injury was inflicted by the defendant, the lawyer can still argue that it was accidental and not deliberate. Again, an accident is not elder abuse. If the elder abuse accusation involves neglect, the lawyer can argue that the defendant displayed ordinary carelessness and not criminal negligence in order to disprove the charges. Of course an elder abuse defense attorney will also consider the possibility that the alleged victim may be senile or otherwise unable to provide reliable testimony and hire experts to investigate this possibility.

Being accused of elder abuse can be very upsetting, especially if the alleged victim is a loved one. Fortunately, as an experienced southern California criminal defense attorney, Torrence L Howell understands how to handle emotionally fraught cases with compassion and level-headedness. He will help you through this stressful time and work tirelessly to build a strong legal defense that will result in the most favorable outcome possible to the case.