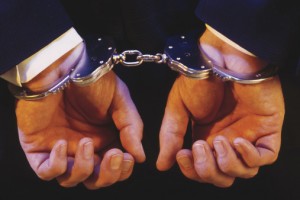 Embezzlement is a fairly common white collar crime that is sometimes also referred to as employee theft or employee fraud. The specific definition of embezzlement is the unlawful taking of any cash or property that has been entrusted to you, with the intent of depriving the rightful owner of that cash or property. There are two key points to consider in an embezzlement case. First of all, there is the issue of trust, which is what separates embezzlement from generic theft. Secondly, there is the intent to deprive someone of what is rightfully theirs—in other words, the intent to commit a fraud.

Here’s an example. Let’s say you were entrusted with access to the petty cash drawer by your employer. If you take cash without permission to spend on yourself, it is embezzlement. If you take cash to spend on something that would benefit your employer, such as a new fax machine, this would likely not be considered embezzlement, because even if you did not have permission to buy the fax machine, you did not seek to deprive the employer of anything. If you’ve been accused of embezzlement, you’ll definitely want an expert southern California embezzlement defense lawyer to explore the nuances of your case and craft a strong defense for you.

Consequences of an Embezzlement Conviction

The consequences of an embezzlement conviction depend largely on the value of the cash or property that was fraudulently taken. If less than $950 is involved, it will be treated as a misdemeanor and punished similarly to petty theft. You might face up to six months in jail and a fine of up to $1,000. If more than $950 was involved, it will be considered grand theft embezzlement, which can result in one to three years in prison and a fine of between $1,000 and $10,000. Separate acts of embezzlement can be charged separately, so the attached penalties can multiply accordingly. If the target of the embezzlement was a senior citizen, you may also face charges for elder abuse.

One of the most common legal defenses for embezzlement is that it is a case of mistaken identity—either the eyewitness identifying you is mistaken or the circumstantial evidence doesn’t point to you exclusively. Another possible argument a criminal defense lawyer may make is that you didn’t do anything wrong because you actually had a good faith belief you were acting according to the wishes of the property owner. If multiple charges for separate acts of embezzlement are involved, your embezzlement defense attorney can argue that these acts were part of a single comprehensive plan and should be represented by a single charge.

As a southern California criminal defense attorney who is also well versed in business law, Torrence L Howell is an excellent choice for embezzlement cases involving alleged taking of cash or property from an employer. He will investigate every aspect of your case to determine where the prosecution’s arguments are the weakest, and then attack them. You can rely on him to build the best possible defense for your case.