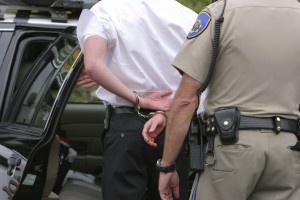 In broad terms, vehicular manslaughter charges apply any time your dangerous driving results in a death. You may be driving illegally, or you may be technically following the rules of the road and driving legally, but doing so in a dangerous or negligent manner. Vehicular manslaughter can be a very serious charge, especially if it is combined with other charges such as a DUI. Driving while under the influence of drugs or alcohol and then causing an accident that kills someone can be treated as gross vehicular manslaughter while intoxicated. If you are a repeat DUI offender, this same scenario can even be considered second degree murder. You will definitely want the help of an experienced southern California vehicular manslaughter defense lawyer like Torrence L Howell to make sure you get the best possible outcome to your case.

Consequences of a Vehicular Manslaughter Conviction

If you are convicted of vehicular manslaughter, the consequences can range from a slap on the wrist and up to a year in jail for a misdemeanor to up to 10 years in prison for a felony. If the incident also involved a DUI and you already had at least one DUI conviction, you could face 15 to life. A judge can also add requirements like DUI probation, victim restitution, community service, and license restrictions or suspensions to your sentence in either a misdemeanor or felony case.

Successfully defending against vehicular manslaughter charges often requires a lot of technical research into the details of the accident. Torrence L Howell is no stranger to hard work, and he will happily explore every possible avenue in your defense. You can rely on him to build the strongest possible defense for you as your southern California criminal defense attorney.